Upon arrival, when you leave the airport terminal please look for Lanka Holidays Net tour guide displaying a signboard with your name. Transfer to your hotel in

In the afternoon commence a city tour of Colombo.

Colombo – A drive through the city will take you to the Fort and Pettah – the commercial area of the city and tree-lined Colombo – 07 Cinnamon Gardens. The Hindu Temple at Sea Street, lined with goldsmith’s shops, the Dutch Church at Wolfendhal, dating back to 1749. The Independence Hall, B.M.I.C.H, see the replica of Avukana Buddha, the Independence Square and Gangarama Temple.  .

Return to the hotel for

After early breakfast proceed to visit Pinnawala Elephant Orphanage.
Which is home for about 90 elephants, out of which some are baby elephants found abandoned or orphaned in the wild. The best time to visit is during the feeding time at 9.15 a.m or 1.15 p.m.

After breakfast proceed to visit archeological sites in Anuradhapura

Anuradhapura was the first capital of Sri Lanka, famous for its well-preserved ruins of ancient Lankan civilization. From the 4th century BC, it was the capital of Sri Lanka until the beginning of the 11th century AD. During this period it remained one of the most stable and durable centers of political power and urban life in South Asia. Sri Maha Bodhi (Sacred Bo-Tree) was brought as a sapling of the tree under which prince Siddhartha attained to enlightenment and it is over 2,200 years old and is the oldest historically documented tree in the world.  Samadhi’ Buddha statue (4th century AD) is one of the most famous statues, depicting the Buddha in a state of ‘Samadhi’ ; deep meditation.

Polonnaruwa which was the 2nd capital of Sri Lanka – the Capital of Sri Lanka from 11th – 13th Century, contains some splendid and spectacular status.  Lankatilake, Thivanka and Thuparama are the most beautiful and largest shrine ruins and Thivanka has the best example of frescoes of the Polonnaruwa period.  Rankot Vihara and Kiriwehera are well preserved  large stupas, and Gal Vihare – a rock shrine, has four Buddha statues, two seated, one standing and one reclining and Parakrama Bahu statue are examples of Sinhalese stone carver.  The Vata-da-ge is a unique creation of Sri Lankan artists and the remains of a former Temple of the Tooth Relic

Return back to the hotel in

After breakfast Experience the thrill of an elephant back safari in Habarana. Once you mount the Elephant, you will be taken deep in to the jungle, accompanied by a Mahout. During the journey, you will be able to spot occasionally a herd of wild elephants. A truly adventurous journey!!

Afterwards experience a Bullock cart ride in Habrana You will get a chance to see a cooking demonstration here as well Enjoy a tasty village lunch, with vegetables picked from just meters away cooked and served in traditional village style on banana leaves

In the afternoon return to Sigiriya and climb the Sigiriya Rock Fortress. Afterwards visit a Batik Factory where you can see the manufacture of beautiful Batik prints.

Sigiriya is home to the 5th Century ‘Fortress in the Sky” which is perhaps the most fantastic single wonder of the Island built by King Kashyapa (477-495 AD).  It is also known as Lion Rock because of the huge lion that used to stand at the entrance to the fortress.  Within it triple-moated defence the huge rock rises almost to a sheer height of 500ft. On its summit are the foundations of what was once a great and sumptuous palace and gardens complete with swimming pool.  On one of the stairways the only known ancient work of Sinhala secular painting survived in the form of frescoes of life sized damsels in all the freshness and delicacy of their original color. These Frescos painted in earth pigments on plaster.

Return back to the hotel

After breakfast proceed to Kandy. En route visit the Dambulla cave temples and a spice garden in Matale.

Dambulla –  is famous for the five cave Temples on a rock which was donated by king Walagambahu in the 1st century BC to Buddhist monks. The first 03 caves are better, older and larger than the other two.  All the 5 cave walls and ceilings are covered with Buddhist murals and there are more than 130 Buddha statues, statues of Gods and Kings are also found here.

Spice Garden at Matale and see the luscious Cinnamons, Cardamons, Pepper plants etc. You can also purchase your requirements of spices. You can have Srilankan style home made lunch at the Spice Garden if interested.

In the afternoon proceed on a sightseeing tour of Kandy including visit a gem factory where you will see gems of all types that are found in Sri Lanka .Finally you will see artisans in a  workroom where you will see several people who are cutting and polishing the gems. You will also visit the Kandy Garrison cemetery  – this beautifully kept garden cemetery was founded in 1817 for the internment of British-era colonists and is managed by the Commonwealth War Graves Commission. Thereafter witness a cultural show which is a real entertainer and parts of it take you by surprise as you wouldn’t have seen anything like that before.

After breakfast proceed to visit Temple of the Tooth Relic.

* Temple of the Sacred Tooth Relic  – ever since 4th Century A.D, when the Lord Buddha’s sacred Tooth was brought to Sri Lanka hidden from sacrilegious hands in an Orissan princess’ hair, the Relic has grown in repute and holiness in Sri Lanka and throughout the Buddhist world. It is considered Sri Lanka’s most prized possession.

* Nuwara Eliya – The ‘Little England’ of Sri Lanka, is set against beautiful backdrops of Mountains, Valleys, Waterfalls and Tea Plantations.  It is supposed to be one of the coldest places on the island, but is really just like an England spring day although the temperature does drop at night. All around Nuwara Eliya you will see evidence of the British influence.  Houses are like country cottages or Queen Ann style mansions. Nuwara-Eliya also has one of the finest 18 hole golf courses in South Asia.

Return back to the hotel in

After breakfast leave for Yala.

* Yala is a haven for Fauna both indigenous and migrant. this park is famous for Elephants, leopards, bears and platoons of crocodiles. Bird concentrations are by the Lagoons/Salvers.  Here are thousands of Flamingoes, Assemblies of spotted Billed Pelicans, Spoonbills, Cormorants and various species of Herons. Pheasants, Pea Fowl, Peacocks and the Wild Fowl are found in hundreds. Wild Buffalo and herds of wild Elephants are a common sight. Whether it is birds or animals you have them all at Yala.

After breakfast transfer up to the down south beach or up to Airport. En route visit the Dutch Fort in Galle, stilt fishermen and turtle hatchery in Weligama.

The Fort of Galle – The South Coast’s major city is Galle, whose oldest landmark is the massive Portuguese and Dutch fort in which the central city is contained.  But the city may be much older. Some scholars believe it to be the ‘Tarshish’ of the Old testament, to which King Solomon sent his merchant Vessels, and to which Jonah fled from the Lord. Today, the 90 acre Galle Fort who’s no evidence of the Portuguese founders.  The Dutch incorporated the Portuguese northern wall in a great rampart in 1663.  A second, taller wall was build inside of it.  Between the two walls, a covered passage connected the central bastion with the fort’s two half bastion’s overlooking the sea.  The original gate to the fort was by the harbor.  It is still there, marked by the old Dutch V.O.C ( for ‘Verenigde Oost Indische Compagnie) arms with a rooster crest. 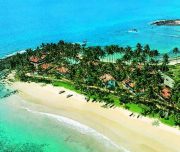 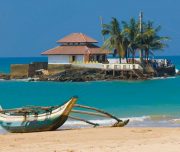 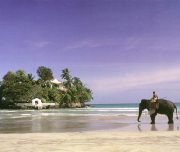 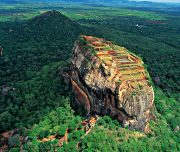 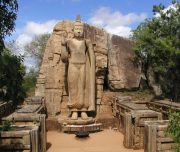 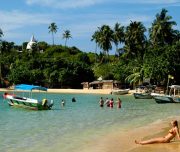 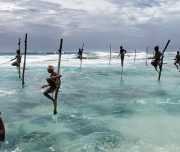 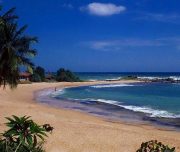 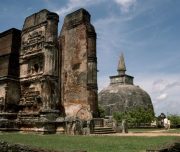 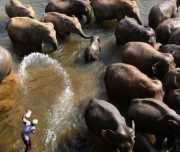 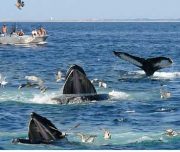 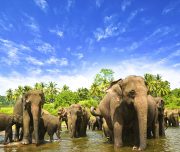 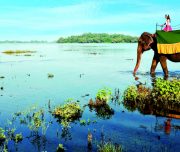 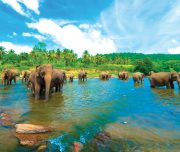 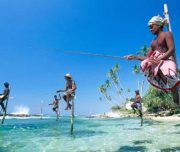 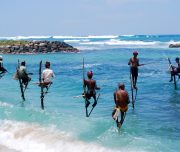 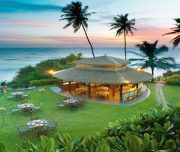 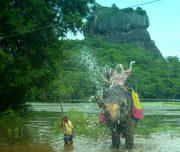 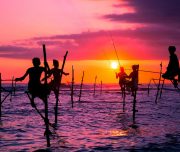 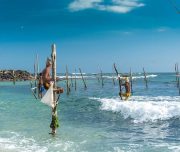 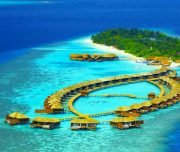 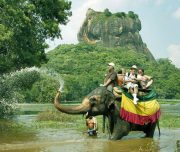 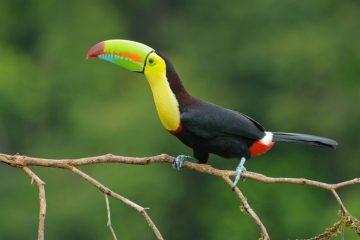 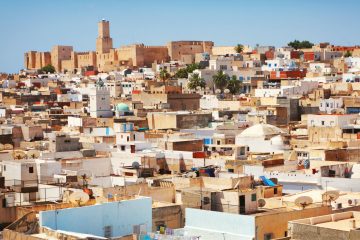 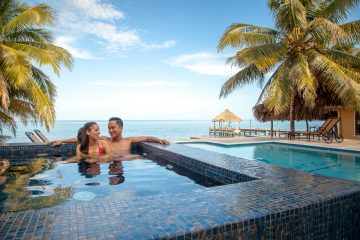